With every passing year my decorating style becomes less is best. For me that is.
I truly love decorations for any season and holiday. Shopping during holiday time is something I love to do with my girlfriends, and of course there is lunch and girl talk!

Back to the decorations:
A look at my attempt at downsizing the Halloween decorations in my house, plus having grown kids helps with less over the top decorating every nook and cranny. The fireplace mantel is where is at these days. 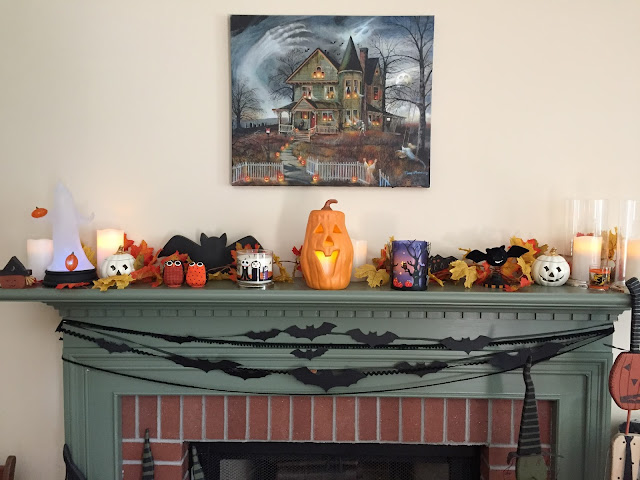 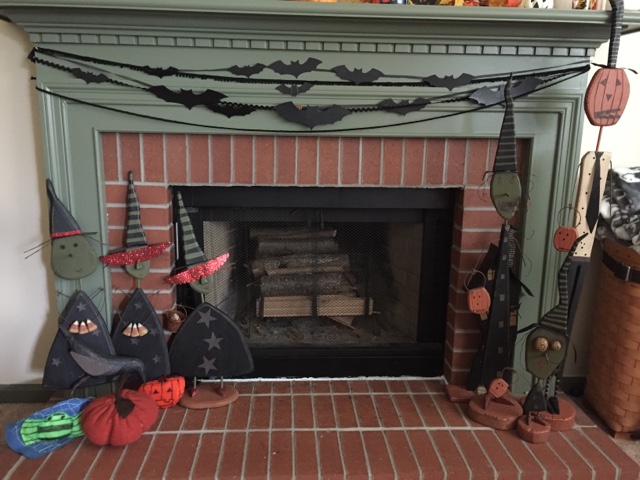 I love these little wooden creatures from Primitives by Kathy. The pumpkins and spider were made by my daughter. (above) 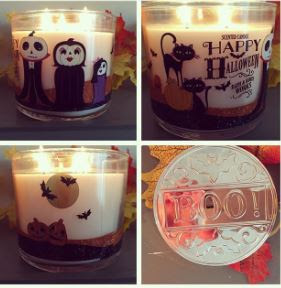 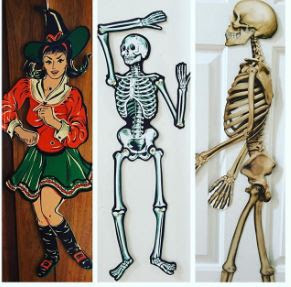 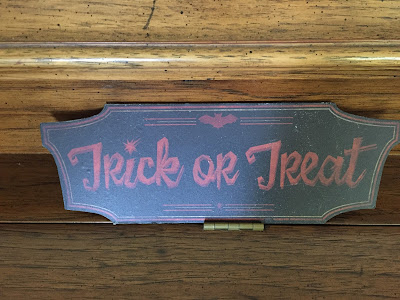 Next up Halloween fun with the tree-Dollar Tree.

FREE movie tickets:THE SPACE BETWEEN US

Interested in watching The Space Between Us before it opens in theaters?
(December 2016)
It looks awesome, and Britt Robertson (as Tulsa) is one of my favorite actresses ever since Dan in Real Life! She plays the role of the earth girlfriend to Gardner Elliot (played by Asa Butterfield)
Imagine a group of people travel to Mars to make it their homeland.
There is a pregnant women on board the flight-did she know she was pregnant, did anyone know?
Her baby is born on Mars, a son. However the father is on earth.
As her son grows older he longs to meet his father on Earth.
He befriends a girl on Earth and manages to meet her in real life-on Earth.
It's a different atmosphere than Mars, will he survive on Earth?
Watch the trailer on this post for more about the movie.
For a chance to get free tickets go fill out this form-at the bottom of the form be sure to choose location for screening.
Philadelphia, Pennsylvania area only.
Limited amount of tickets available for free screening. 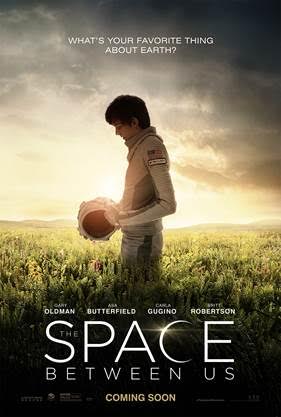 About the film:
In this interplanetary adventure, a space shuttle embarks on the first mission to colonize Mars, only to discover after takeoff that one of the astronauts is pregnant. Shortly after landing, she dies from complications while giving birth to the first human born on the red planet – never revealing who the father is. Thus begins the extraordinary life of Gardner Elliot – an inquisitive, highly intelligent boy who reaches the age of 16 having only met 14 people in his very unconventional upbringing.
While searching for clues about his father, and the home planet he’s never known, Gardner begins an online friendship with a street smart girl in Colorado named Tulsa. When he finally gets a chance to go to Earth, he’s eager to experience all of the wonders he could only read about on Mars – from the most simple to the extraordinary. But once his explorations begin, scientists discover that Gardner’s organs can’t withstand Earth’s atmosphere.
Eager to find his father, Gardner escapes the team of scientists and joins with Tulsa on a race against time to unravel the mysteries of how he came to be, and where he belongs in the universe.

Email ThisBlogThis!Share to TwitterShare to FacebookShare to Pinterest
Labels: Allied, Asa Butterfield, Britt Robertson, STX Entertainment, The Space Between Us 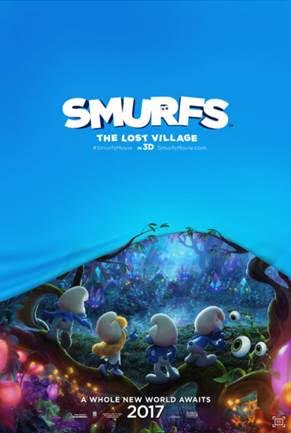 How fun does this film look!

Email ThisBlogThis!Share to TwitterShare to FacebookShare to Pinterest
Labels: SMURFS: THE LOST VILLAGE

MIDDLE SCHOOL: THE WORST YEARS OF MY LIFE in theaters October 7, 2016

My kids attended a catholic school, and sadly it was closed by the diocese. So giving them the option of where they wanted to go to middle school was their choice. They chose the township middle school. I must say they fared out very well, but I as a mom, that's a different story. Middle school years are full of emotion, changes in your body, and well, you know the rest since we have kids or have been kids ourselves.
I even spent a few years as a substitute teacher in the middle school, not while my children attended middle school, so I wouldn't be that nerdy mom in school with her kids. I did however say to myself, I can't believe I let my kids go to this school. It's not all bad, the teachers were good, but wow the teenage years are peer pressure.
Anyway, back to the film, MIDDLE SCHOOL-It looks pretty funny, and a good example of students taking back their school, not in a dis functioning way, but in a way to show the faculty that there are way too many rules and not enough creativity in the school day.

Rated PG
Run time 1 hour 32 minutes
Comedy
Opens in theaters October 7, 2016
CBS Films
Here's the official description of the film:
MIDDLE SCHOOL chronicles the trials and triumphs of Rafe Khatchadorian, as he uses his wits to  battle bullies, hormones and the tyrannical, test-obsessed Principal Dwight. Rafe has an epic imagination...and a slight problem with authority. Both collide when he transfers to an oppressive, rule-crazy middle school. Drowning in do's and don'ts, Rafe and his scheming best friend Leo hatch a plan to break every rule in the school's Code of Conduct. It's Ferris Bueller meets Home Alone as their battle with Principal Dwight explodes into chaos both real and imagined. But Dwight displays his own fiendish creativity, striking back at the rulebreakers. Meanwhile, Rafe struggles to hide his misbehavior from Jeanne, the straight-A, overachieving girl of his dreams, and at home, his mother's boyfriend -- a moochy, jack-of-no-trades named Bear -- threatens to become his stepfather.
Rafe's revolution leaps from the page to the screen in this ambitious live-action/animated hybrid based on the New York Times bestseller “Middle School: The Worst Years of My Life” by legendary novelist James Patterson.
at October 03, 2016 No comments: