Counting Crows Embark On The Second Leg Of Summer Headline Tour
Stops in Brooklyn, Pittsburgh, Denver, SLC and more.   And, you could win a set two tickets! 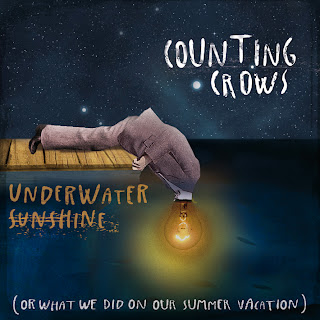 In the spirit of their new album Underwater Sunshine (Or What We Did On Our Summer Vacation), the Crows will be introducing some of their favorite artists on the second leg of their headlining summer tour, The Outlaw Roadshow, which grew out of the Outlaw Roadshow indie rock showcases that Adam Duritz and Ryan Spaulding of Ryan's Smashing Life (www.RSLBlog.com) have been staging at CMJ and SXSW in recent years. Supporting Counting Crows on The Outlaw Roadshow's 2nd leg this summer will be We Are Augustines, Kasey Anderson and The Honkies, and Field Report.

For Tickets, Please Go To: http://www.countingcrows.com/

CLOSED Tickets? Did you say Tickets!  Leave a comment on this post telling me which location you would like to see Counting Crows in concert for you chance to win a set of two tickets to a show!  Giveaway closes on July 13, 2012 so you have time to get a sitter! One winner will receive two tickets at will call window at the show. (Winner will be chosen by random.org as always!)

Counting Crows with : We Are Augustines, Kasey Anderson and The Honkies, and Field Report

More on Counting Crows and Underwater Sunshine
(Or What We Did On Our Summer Vacation)
Produced by Counting Crows and Shawn Dealey, Underwater Sunshine features tracks written by artists such as Big Star, Gram Parsons, Tender Mercies, Kasey Anderson and The Faces. Each rendition offers an entire spectrum of human emotion, delivered with the conviction and intense honesty the band is known for. 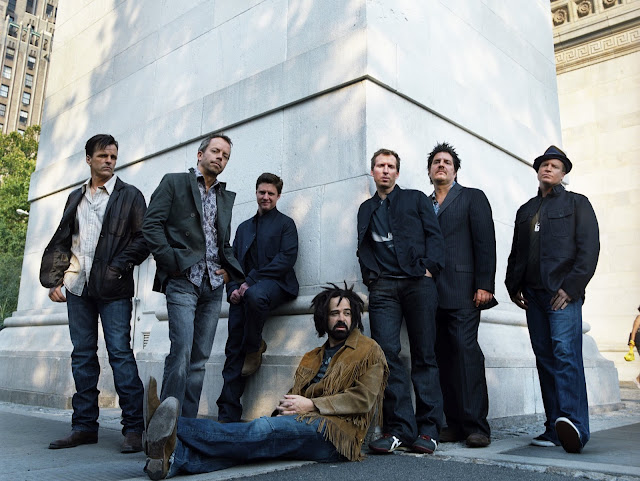 As their first independent release, it was the right time for the Crows to make this album. “If you wonder why we didn’t just write our own record, it’s simply because we wanted to do THIS one,” says Duritz.

Highlighting the independent approach to the record, the Crows are giving away a free download of their new song, “Mercy” on http://www.countingcrows.com/

In addition, the band recently partnered with San Francisco’s BitTorrent Inc., offering four songs for free download, Adam Duritz's liner notes, and high-resolution album artwork as a BitTorrent Bundle aimed directly to the young, digitally savvy users of the BitTorrent and µTorrent software. The tracks in the bundle include: “Untitled (Love Song)”, “Like Teenage Gravity”, “Hospital”, and “Meet on the Ledge”, and all are available for immediate downloadhere.


Disclosure: Information and tickets provided by Sneak Attack Media. The comments and views are my own.