Despicable Me 2 Giant Minion Blimp is coming to Philadelphia, Pennsylvania on Tuesday May 14, 2013 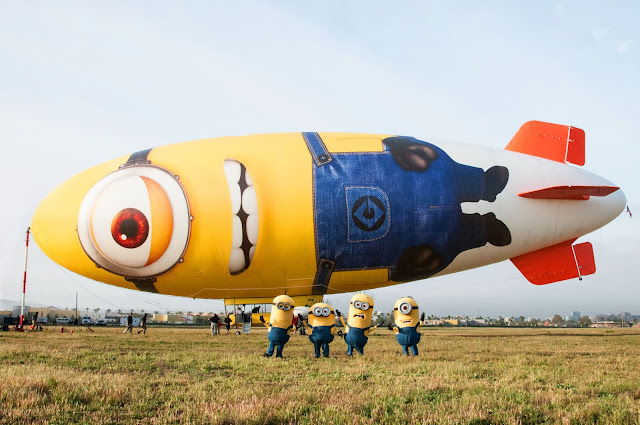 What in the world?  It's the Despicable Me 2 Giant Minion Blimp!
Have you seen it in the sky yet??? It's coming to Philadelphia, Pennsylvania this week. To find out when and where follow them on twitter https://twitter.com/Despicablimp


Despicable Me 2 Fans May Track the Giant Minion Blimp’s Path Across the United States Via the Despicablimp Command Center Website www.despicablimp.com

Universal and Illumination Entertainment’s Despicable Me 2  upcoming 3D-CG comedy adventure, which will be released on July 3, 2013.
The Despicablimp is one of the largest airships in the world at 165-feet long, 55-feet high and 46-feet wide, and is one of only 15 flying today. 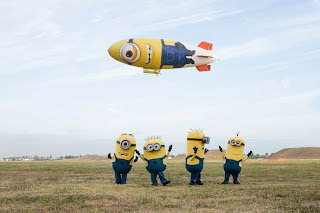 The blimp will travel approximately 20,000 miles, crisscrossing the country three times over the course of its six-month journey and will have multiple stops across the continental U.S.
Making its first appearance over the Nickelodeon 2013 Kids’ Choice Awards in Los Angeles on Saturday, March 23, the gigantic Minion can be seen over hundreds of events across the U.S with the final stop at The Despicable Me 2 World Premiere, Hollywood, CA – June 22, 2013.
Fans can tweet sightings of the blimp or post photos to Instagram or Flickr using #despicablimp to see it featured on the site, and participate in weekly prize giveaways.
Visitors to the site can also enter for a chance to win a trip for four to the Hollywood world premiere of Despicable Me 2 and get the once-in-a-lifetime chance to ride in the blimp!