See the trailer for THE MONUMENTS MEN now! See the film in a theater near you Friday February 7, 2014

Tomorrow is Friday! Where I live it's been a snowy Winter and this week has been icy too. The kids have had a few days off from school and by tomorrow we are going to have a high cabin fever. Tomorrow is also the opening day of the film THE MONUMENTS MEN in theaters around the United States. A bit down this post you can watch the trailer from the film. I am not a war film buff by any means but this film looks really interesting from the history of the war and the art that was stolen from so many places and people during war time.
THE MONUMENTS MEN is "based on a true story of the greatest treasure hunt in history." Seven historians went to the front line of World War II to find artistic masterpieces that were looted from museums, churches, and homes. These men are not enlisted in the war, but are museum curators, architects, artists, and  historians who believe 1000 years of history can be lost if the art is not returned to it's owners.
The Monuments Men are looking for lost art from the time of Adolf Hitler and the Nazi Art theft. Art works from famous Who's Who's artists. The salt mines in Austria housed thousands of stolen art.
Shot on location in Germany with a few weeks in England. Berlin, Babelberg, Potsdam, and Harz Mountains, which is the highest mountain range in Germany. Shot also in South and Southeastern United Kingdom.
There were other sub locations around the United States, Austria, Italy, Paris and other locations around the world. These settings were for museums, cathedrals, military bases, salt mines, country roads, offices, and living quarters.
Visit SupporttheMonuments.com to see what art is still missing today. You can also read about the original Monuments Men on their site. Educational material for school or home use can be found at MonumentsMenEducation.com
Robert M. Edsel founded and heads The Monuments Men Foundation. Art is still missing and could be anywhere in the world, maybe even in your Grandparents attic. Feel free to call 1-866-WWII-ART to speak with someone on how you can help the foundation. 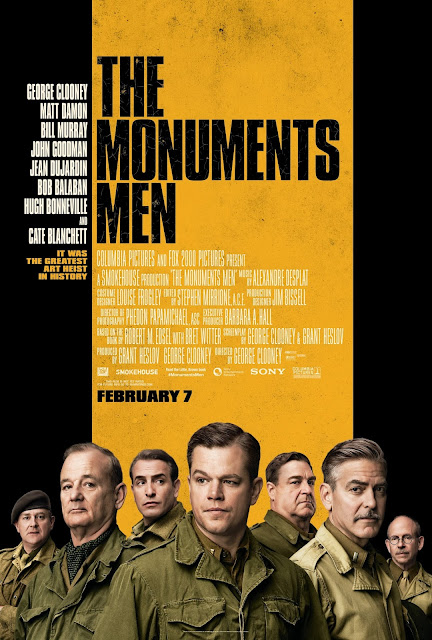 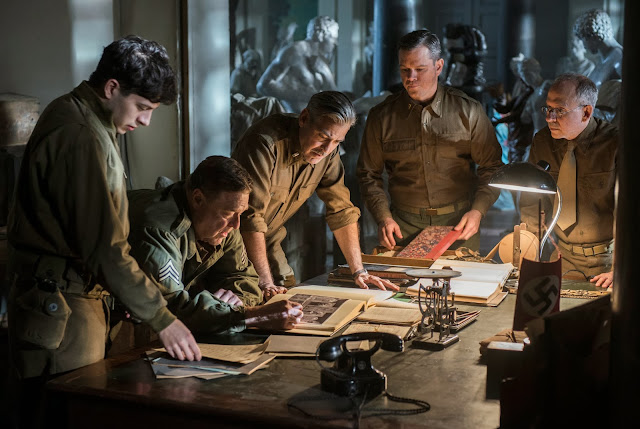 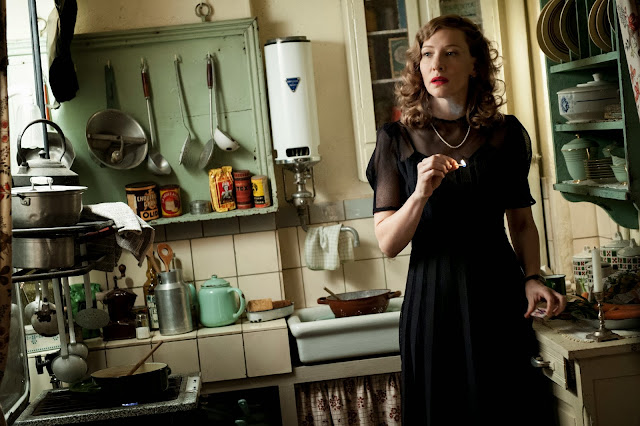 Visit The Monuments Men web site for more images, videos, information and scenes here: http://www.monumentsmenmovie.com/site/
Join their social circles:
Facebook: https://www.facebook.com/MonumentsMenMovie
Twitter: https://twitter.com/MonumentsMovie
The film is rated Action Drama PG 13 for War and Historical Smoking.
The cast George Clooney, Matt Damon, Bill Murray, John Goodman, Jean Dujardin, Bob Balaban, Hugh Bonneville, and Cate Blanchett.
Opens in the US in a theater near you Friday, February 7, 2014.
Disclosure: The comments and views are my own.