Get cooking with THE HUNDRED-FOOT JOURNEY printable recipes and watch the trailer too! In theaters August 8, 2014.

In DreamWorks Pictures’ “The Hundred-Foot Journey,” the opening of a new Indian restaurant in the south of France, next to a famous Michelin starred eatery, is nearly cause for an all-out war between the two establishments until Le Saule Pleureur’s icy proprietress Madame Mallory recognizes her rival’s undeniable brilliance for preparing masterful meals.

Based on The Novel  “The Hundred-Foot Journey” by Richard C. Morais 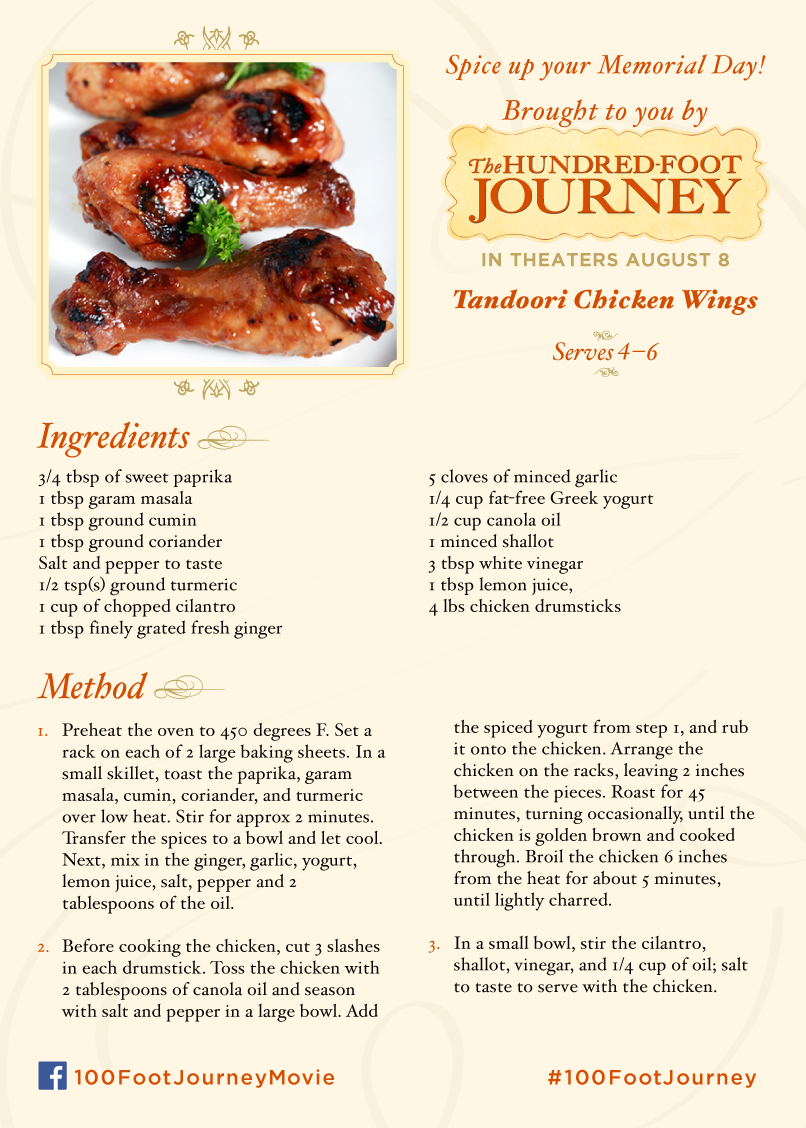 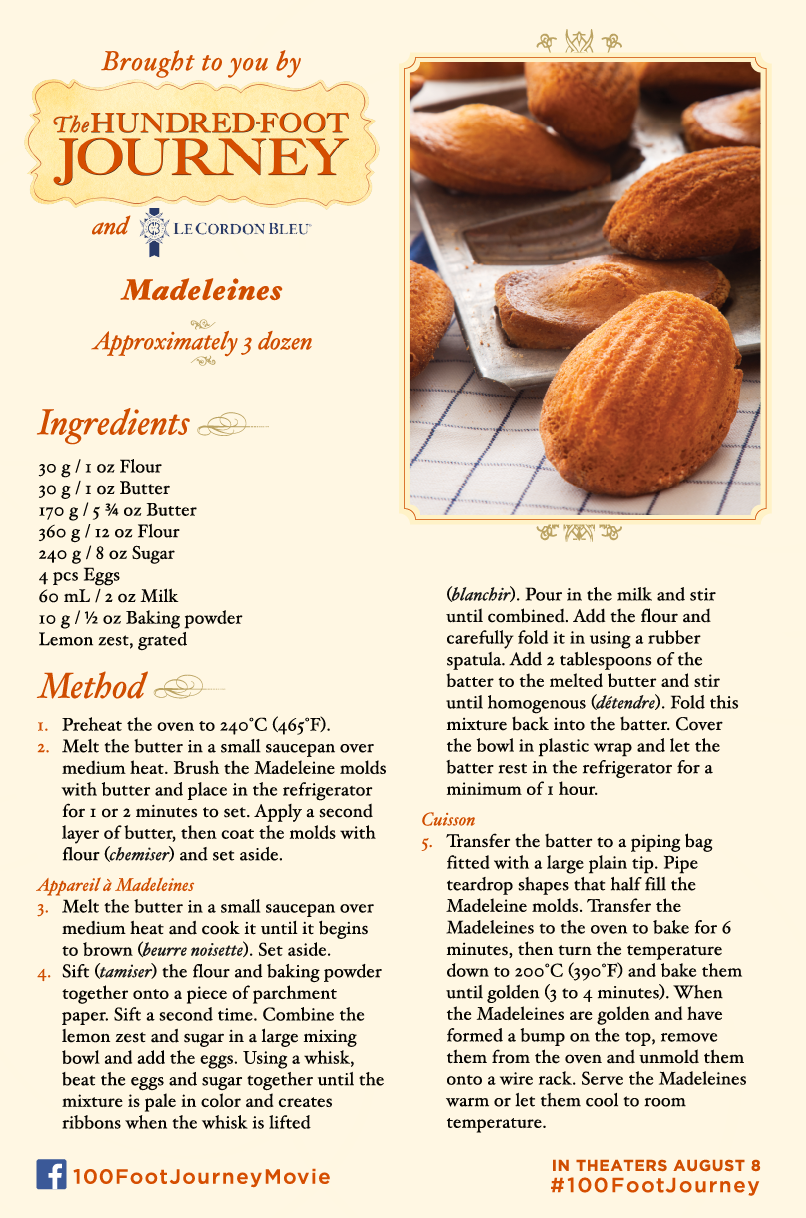 Email ThisBlogThis!Share to TwitterShare to FacebookShare to Pinterest
Labels: The Hundred Foot Journey