In the Northeast it's cold. It's been a snowy winter, and it's good to know it won't snow forever...or rain forever as we learn in Noah's Ark. Remember the Dove and the Rainbow? 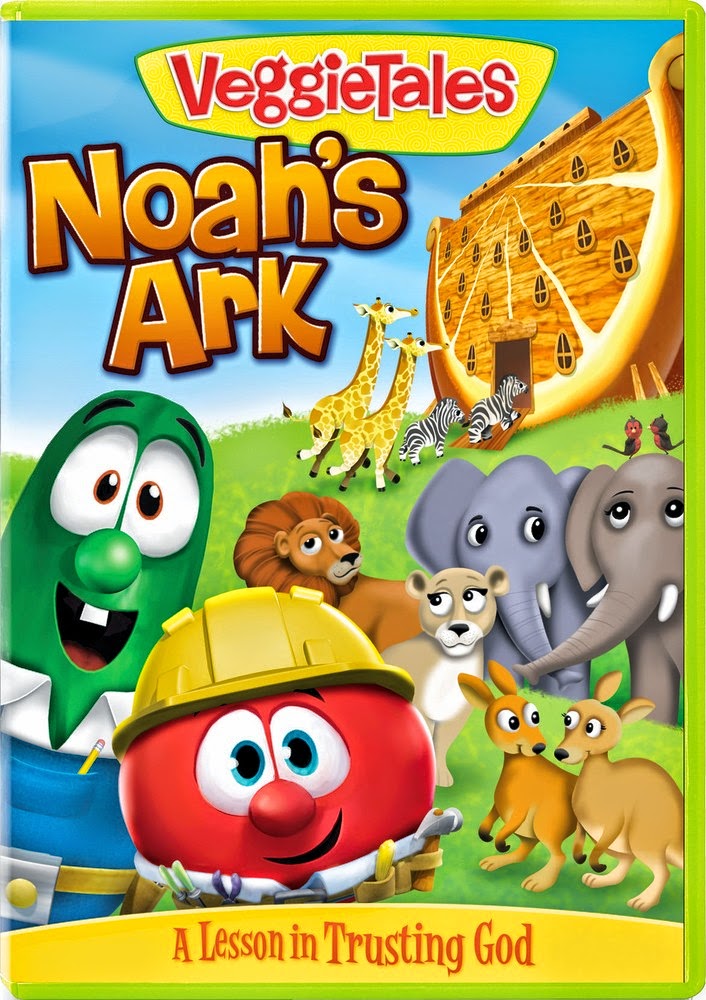 Also the voices of Wayne Brady and Jaci Velasquez for Shem and Sadie.
NOAH’S ARK will be available March 3 on DVD and digital download.
Head on over to their web site for FREE Noah's Ark printables, crafts, and activities. 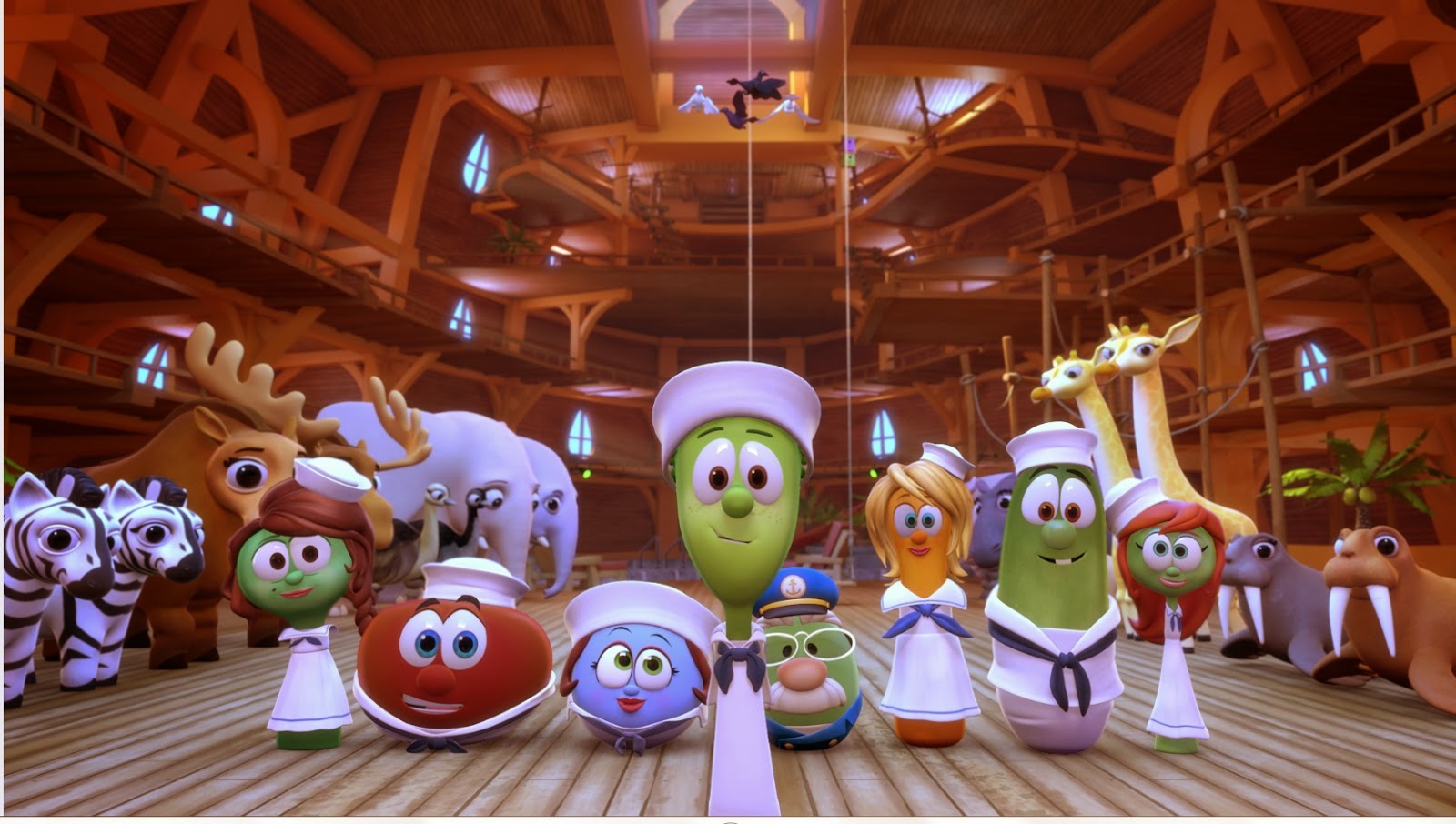 The colorful, fun loving Veggie Tales bring the story of God's Promise to young children and their families in Noah's Ark. Great for children and families of all ages to view.


"In NOAH’S ARK, Shem and Sadie return home from their honeymoon to find that Noah (played by Pa Grape) has begun, at God’s direction, to work on a massive ark, which his wife Naamah (played by Madame Blueberry) and sons Ham (played by Larry) and Japheth (played by Bob) are helping construct before the start of 40 days and 40 nights of rain.

Watch Shem and Sadie's bike ride where animals in pairs of two are headed the same way they are...

But Shem doesn’t understand Noah’s unshakable faith in God, particularly when animals start arriving two-by-two – while the rain is nowhere to be seen.

When the deluge does come, Shem begins to understand Noah’s determination to preserve humanity’s future … and the importance of trusting in God. 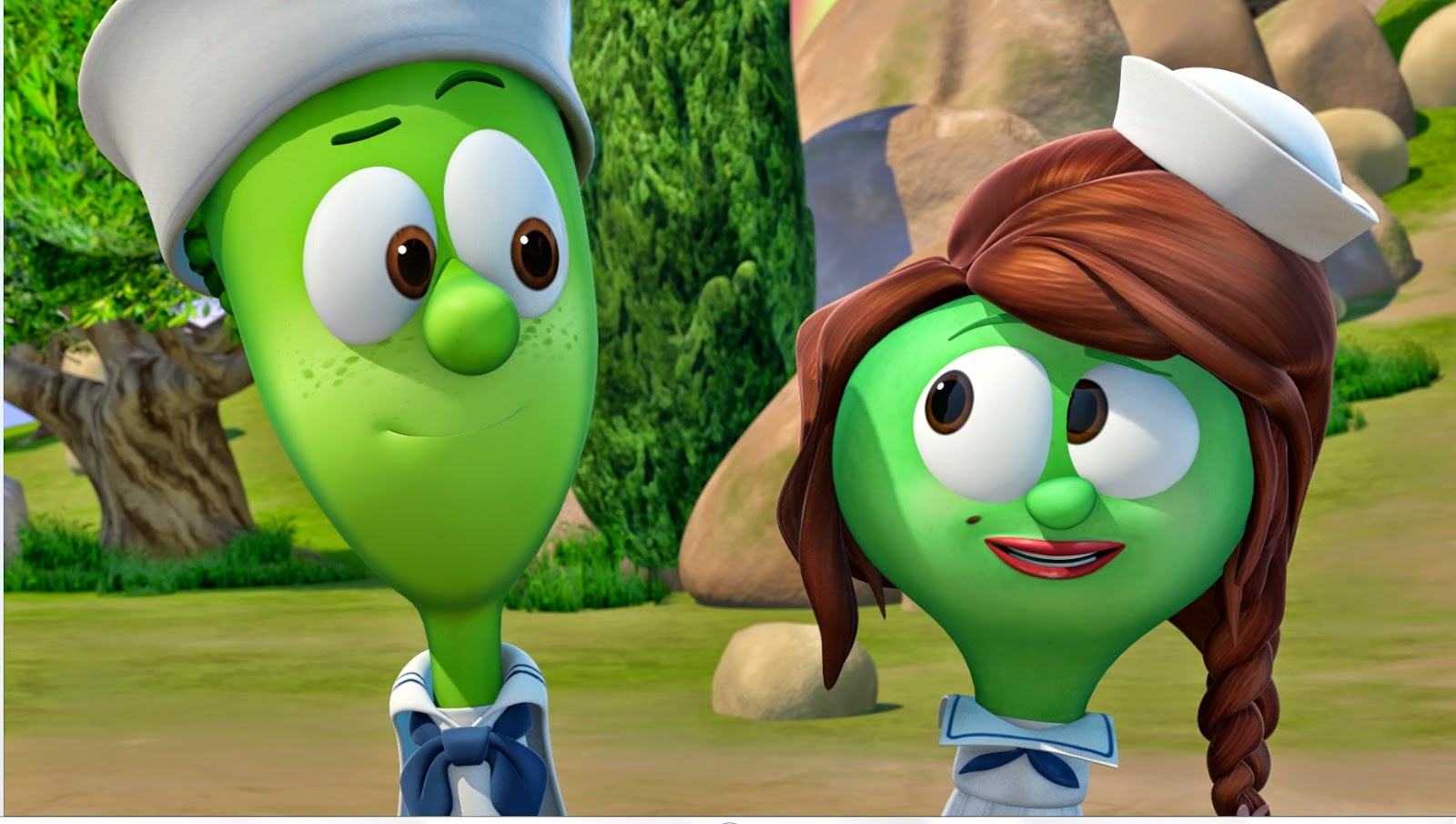 
Giveaway: For your chance to win a copy of Veggie Tales, NOAH"S ARK DVD, enter the rafflecopter. One winner will be chosen and sent Noah's Ark DVD. Open to residents of USA, 18 years of age and older.

Disclosure: I was sent a sample of NOAH"S ARK DVD for the purpose of this post. The comments and views are my own.
at February 25, 2015