WILD original motion picture soundtrack is right on the trail.

Did you ever imagine a movie without the music? Music totally makes the movie, don't you think? Those songs are there to highlight the experience of watching the film. It's an emotional feeling, something to relate to, and perhaps give you something to ponder on about your own life.

WILD's original motion picture soundtrack offers many a song I grew up listening to like: Simon & Garfunkel's "Homeward Bound" and "If I Could". Songs that travel with the star of this film through her 1000 miles of the Pacific Crest Trail. Her 94 days of walking, hardship, joy, dangerous animals, and adventure on the trail, and as my husband often states to situations: "there's a song for that". True. 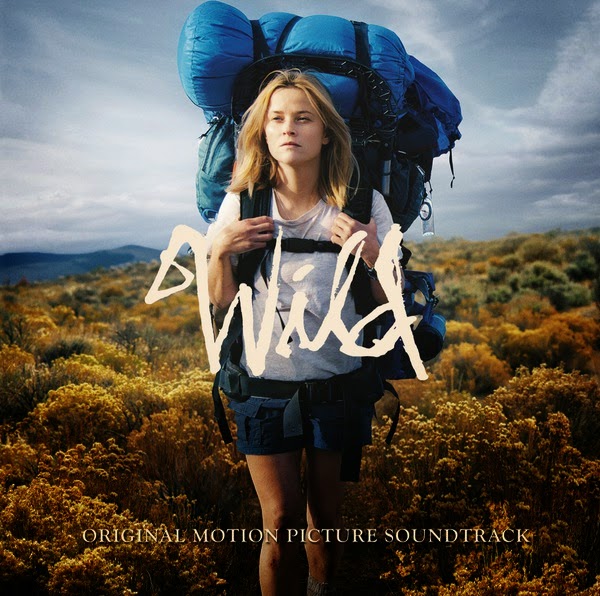 Reese Witherspoon plays author Cheryl Strayed's character in the film. Based on the book Cheryl wrote from her life experiences and time on the trail. It's about a mother and daughter relationship, and a relationship with herself, how she got to the trail and how she finds herself homeward bound.(#13)

Number 14 on the soundtrack is "Ripple" by Dusted and Eric D. Johnson. The guitar playing song gives me the feeling of being right there with them as they play the song. It's homey, rich, and earthy, just like walking the trail.

There are 15 songs on the soundtrack, mostly familiar to me, but a few new ones like music from "First Aid Kit".  Other familiar song tiles from Wings, Bruce Springsteen, The Hollies and more...

Living in New Jersey, Bruce Springsteen is, um, very popular, and living near Princeton, where there is a street named Witherspoon after a signer of the declaration of Independence, which is a relative of Reese's, makes the soundtrack closer to home.

Reese Witherspoon, who portrays bestselling author Cheryl Strayed in Wild was nominated for an Academy Award in the Best Actress-Leading Role category. Laura Dern has been nominated for Best Actress-Supporting Role, for her stunning portrayal of Cheryl's mother, Bobbi.

TRACKLIST:
Disclosure: I received a sample CD of Wild soundtrack. The comments and views are my own.