Do you believe you can do it? Has anyone ever said that to you?

It's the motto of this father/son team.

In LITTLE BOY his dad asks him many times this question of "Do you believe you can do it?"  Answering yes allows his young son to grow in faith and love.
Showing him courage, faith, and the belief that he can do anything.
Anout the time the father is expected home the wife gets news he is missing at war during an attack. At this same moment, The youngest son is being picked on by the town boys and the older son is at work helping the family.
Later the boys attend a magician show together...Little Boy is memorized by the show. ( the two tickets were bought for the dad and Liitle Boy to attend on his arrival home) He believes even more in doing things by faith.
Holy wow, this movie is so good. You'll be reminded to be a good friend, help others in need, and most of all believe, and let God's will be done.
I loved the part of Lillte Boy always wishing he would grow and then he is given advice to measure from his chin to the sky! 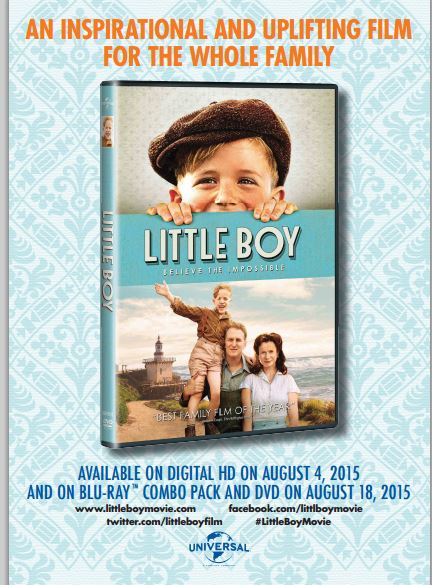 The film is set in a small town in 1940's. An 8 year old's best friend is his dad. When his father is sent to war. He plans to do whatever it takes to bring his father home alive from World War 11, even move mountains. (hint: watch the trailer to see him move a mountain)

Would I recommend this film? YES! It's family, faith, and love.
LITTLE BOY releases to DVD on August 8, 2015.
PG 13
Digital HD
Ultraviolet
Stream
Download
From executive producers Roma Downy and Mark Burnett who bring us the best in faith based films.  Directed By: Alejandro Monteverde.


LITTLE BOY is a powerful and moving film about a little boy who is willing to do whatever it takes to bring his dad home from World War II alive. The heartwarming story will capture your heart and lift your spirits as it reveals the indescribable love a little boy has for his father and the love a father has for his son. Set in the 1940s, LITTLE BOY is an instant cinematic classic that captures the wonder of life through the eyes of an 8- year-old little boy. Written and directed by Smithsonian Institute Award winning director Alejandro Monteverde, LITTLE BOY highlights themes of faith, hope and love in the face of adversity. 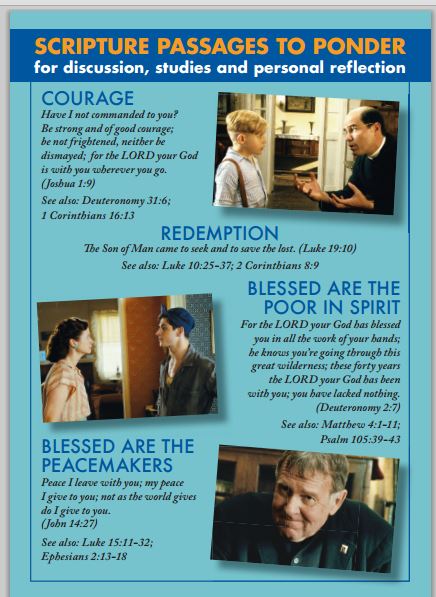 Giveaway: enter the rafflecopter widget for your chance to win one of 5 copies of Little Boy sent from the promotional company. Must be 18 or older, resident of USA. No PO Boxes. 5 random winners will each be sent 1 DVD. Winners will be notified by email.


Disclosure: I was given access to screen this film. The comments and views are my own.