Miners trapped 69 days beneath the earth. Reads like a news announcement in your local paper. Well, it was and now their story is being told in a film coming to a theater near you Friday November 13, 2105.

Filmed with the cooperation of the miners and their families.

This film documents the lives of the 33 men in the Chilean mine.


Their faith, will, and love of and for their families kept them alive during the 69 days waiting to be rescued. 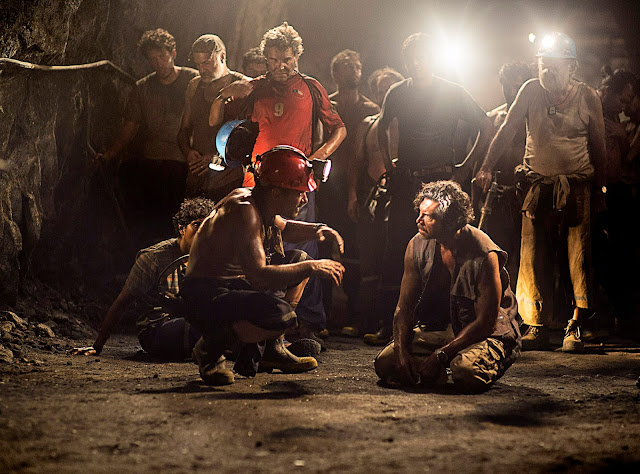 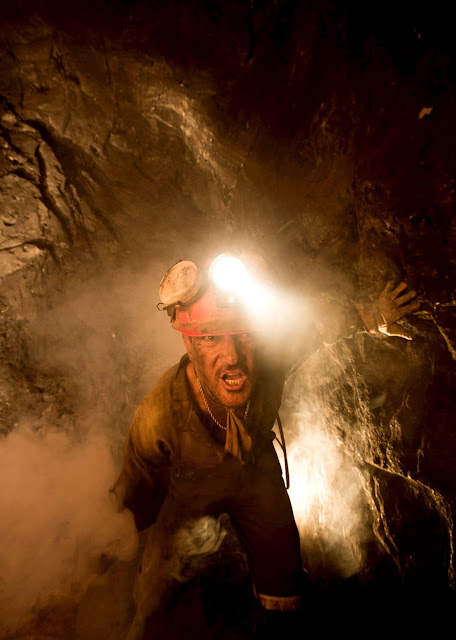 From Alcon Entertainment and Warner Bros. Pictures comes the untold true story of “The 33.”

In 2010, the eyes of the world turned to Chile, where 33 miners had been buried alive by the catastrophic collapse of a 100-year-old gold and copper mine. Over the next 69 days, an international team worked night and day in a desperate attempt to rescue the trapped men as their families and friends, as well as millions of people globally, waited and watched anxiously for any sign of hope. 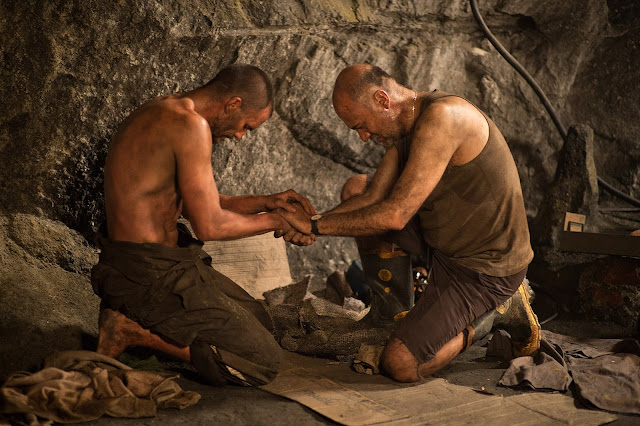 But 200 stories beneath the surface, in the suffocating heat and with tensions rising, provisions—and time—were quickly running out. A story of resilience, personal transformation and triumph of the human spirit, the film takes us to the Earth’s darkest depths, revealing the psyches of the men trapped in the mine, and depicting the courage of both the miners and their families who refused to give up.

For your chance to win this T-shirt and Flashlight shown below, enter Rafflecopter Widget on this post.
Open to residents of USA, 18 and older.
One random winner will be selected and sent this t-shirt and flashlight. (The back of the shirt has the movie logo-shown at the top of the shirt. The front of the shirt is HOPE RUNS DEEP) 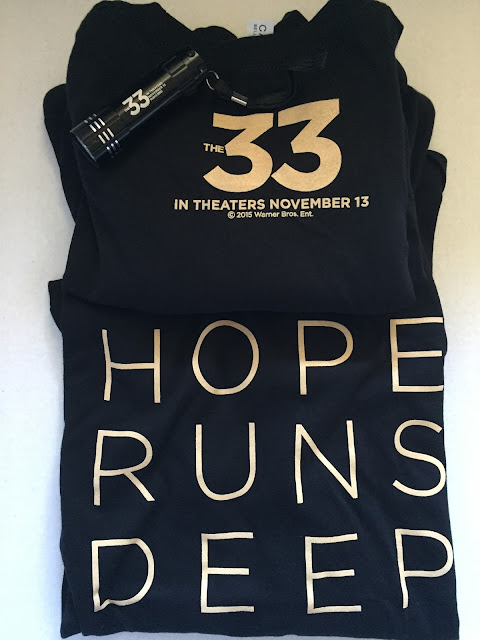 This film has been rated PG-13 for a disaster sequence and some language.

Join the conversation with The 33

Disclosure: I received a promotional gift for the purpose of this post.
The comments and views are my own.
at November 05, 2015