From Walt Disney, The Secret World of Arrietty in theaters this month 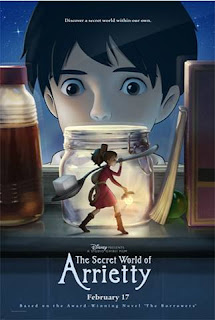 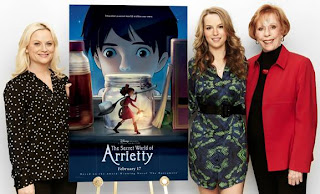 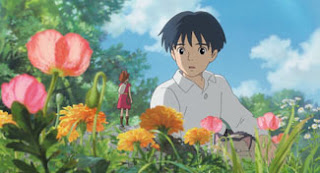 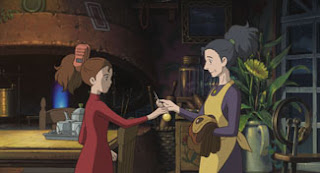 Residing quietly beneath the floorboards are little people who live undetected in a secret world to be discovered, where the smallest may stand tallest of all.  From the legendary Studio Ghibli (“Spirited Away,” “Ponyo”) comes “The Secret World of Arrietty,” an animated adventure based on Mary Norton’s acclaimed children’s book series “The Borrowers.”

Arrietty (voice of Bridgit Mendler), a tiny, but tenacious 14-year-old, lives with her parents (voices of Will Arnett and Amy Poehler) in the recesses of a suburban garden home, unbeknownst to the homeowner and her housekeeper (voice of Carol Burnett). Like all little people, Arrietty (AIR-ee-ett-ee) remains hidden from view, except during occasional covert ventures beyond the floorboards to “borrow” scrap supplies like sugar cubes from her human hosts. But when 12-year-old Shawn (voice of David Henrie), a human boy who comes to stay in the home, discovers his mysterious housemate one evening, a secret friendship blossoms. If discovered, their relationship could drive Arrietty’s family from the home and straight into danger. The English language version of “The Secret World of Arrietty” was executive produced by Kathleen Kennedy and Frank Marshall, and directed by Gary Rydstrom. The film hits theaters Feb. 17, 2012.


Get the fun started with coloring sheets from the movie 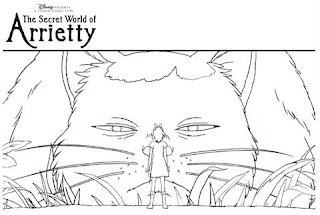 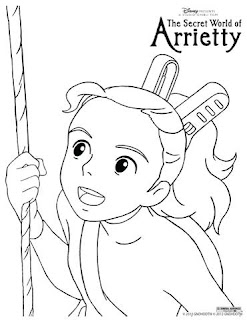 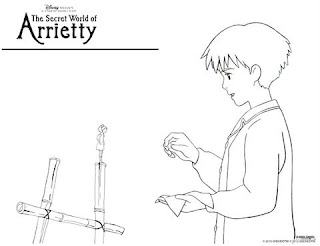 Disclosure: the comments and views are my own. Photos,video, and information  provided by Walt Disney Motion Pictures.