Jack Skuller was born in New York City and raised in New Jersey. Jack's influences range from Elvis Presley and The Beatles to The Ramones and the Black Keys. 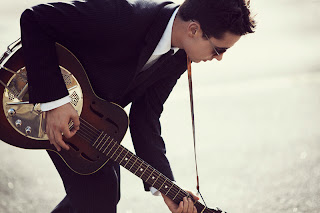 Jack started singing in school talent shows at age 8. At 13 he won first place in a NJ 101.5 FM radio sponsored talent show performing his own song "Love Is A Drum."

Jack has received rave reviews in the press: