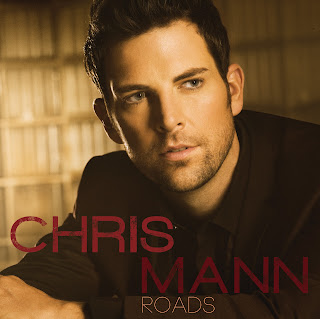 Roads will be available on itunes and Amazon and his web site starting October 30, 2012!!!

You can listen to You were always on my mind, Need you Now, The Blowers Daughter on  sound cloud right now. It's totally great! He is awesome! go listen now! He has such a smooth voice, and the music is perfect. Listen at home, in the car, while you are working, It's relaxing,  and really nice to listen to anytime of the day.  I wasn't so familiar with Chris Mann, but now I really like his music!

Here is a bit about Chris Mann from his Biography:

This time last year, Chris Mann faced his make-or-break moment. “I remember it was Halloween night and my blind audition for The Voice was just a few days away,” Mann recalls. “I was a nervous wreck. I went to The Voice with the hope of just making the show.”
What a difference a year makes. Now Mann is signed to Faircraft/Universal Republic, a new label formed by renowned producer/music executive Ron Fair. He’s also releasing his major label debut, Roads, a bold re imagining of the classical-pop genre. The aptly-titled album represents the culmination of a long and challenging journey for this gifted and dedicated young artist, who’d been pushing forward against what had appeared to be overwhelming odds. 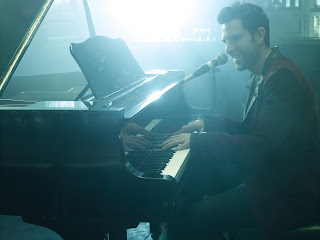 Roads boasts a wildly eclectic assortment of songs, ranging from Willie Nelson’s “Always on My Mind” and Lady Antebellum’s “Need You Now” to “Ave Maria” and Damien Rice’s “The Blowers’ Daughter,” with the latter featuring a special guest appearance from Christina Aguilera. Mann co-wrote two songs, “Cuore,” based on Bach’s “Air on a G String,” and the contemporary ballad “Falling.”

Disclosure: This is a review post from One2One Network. I was provided with a copy of the album and I am eligible for a prize drawing. All opinions stated are my own.