Mark you calendar for these great episodes the kids won't want to miss. Make it a special day with Valentine treats like strawberries dipped in chocolate for a special treat before or during the show, or surprise the kids with their own stuffed Valentine's Day heart.

In the new "Doc McStuffins" episode titled "My Huggy Valentine," Doc receives a stuffed Valentine's Day heart named Val as a gift and Lambie gets jealous because she thinks Doc likes her new toy better. After diagnosing Lambie with "splitheartitis," Doc reassures her that no one could ever take her place. This episode of "Doc McStuffins" premieres Friday, February 1 at 10:00 a.m., ET/PT on Disney Channel and 4:00 p.m., ET/PT on Disney Junior. 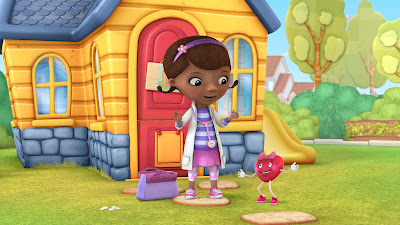 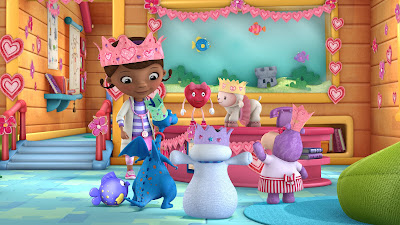 Then, in the "Handy Manny" episode, Manny wants to ask longtime friend Kelly to a Valentine's Day party. With a little help from the tools, he finally works up the courage and asks her to attend Mrs. Portillo's party with him. The episode titled "Valentine's Day Party" premieres Thursday, February 14 at 10:30 a.m., ET/PT on Disney Channel and 6:00 p.m., ET/PT on Disney Junior. 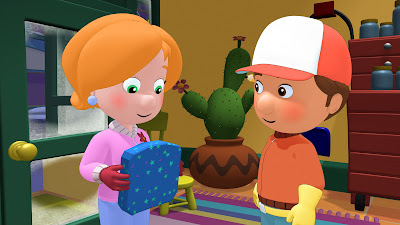 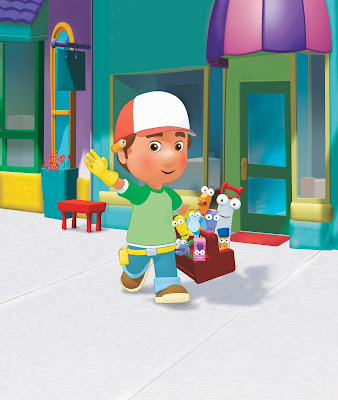 Disclosure: Images and information provided by ©DISNEY CHANNEL/PLAYHOUSE DISNEY
The comments and views are my own.
at January 23, 2013