OZ The Great and Powerful Premier is tonight 2/13, after that look to the sky for the Journey to Oz Balloon Tour! Get ready for the film to open on March 8, 2013. Head over to Twitter and follow the fun and events going on right now in Disney-use hashtag #DisneyOzEvent to see updates, photos and more! I am totally enjoying the tweets and images from the premier. 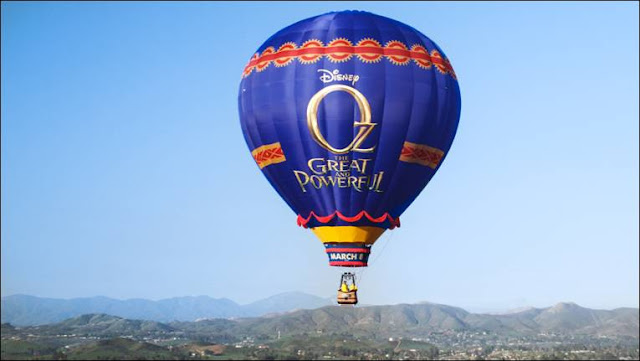 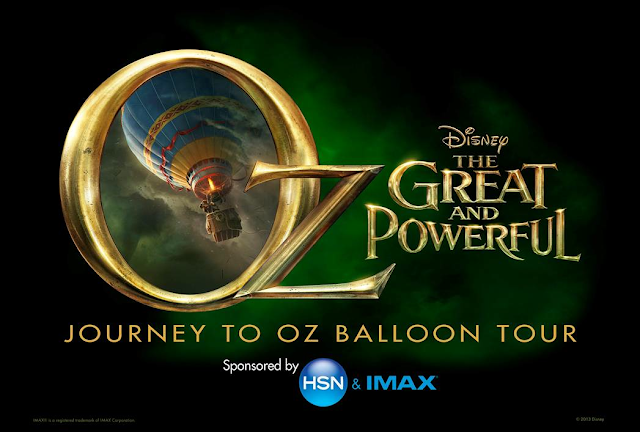 BURBANK, CALIF. (February 12, 2013)–Disney announced today the launch of the “Journey to Oz Balloon Tour,” sponsored by leading multichannel retailer HSN and IMAX Corporation, in support of its upcoming fantastical adventure “Oz The Great and Powerful,” opening in U.S. theaters and IMAX® on March 8, 2013. The colorful, “Oz The Great and Powerful”–emblazoned hot-air balloon began its tour this morning from the Walt Disney Studios lot in Burbank, Calif.

If you are in these areas, look up to see the balloon!

On February 15, the “Journey to Oz Balloon Tour” app will go live on the Facebook page:  facebook.com/OzTheGreatAndPowerful. Be sure to like thier page and follow along!

Disclosure: information provided by Walt Disney Studios Motion Pictures, the comments and views are my own.
at February 14, 2013

Email ThisBlogThis!Share to TwitterShare to FacebookShare to Pinterest
Labels: Balloon Tour, OZ The Great and Poweful