Mark your calendar to see all the characters in action again on March 21, 2014. 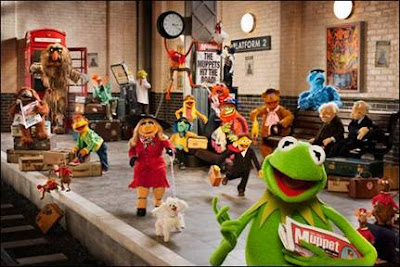 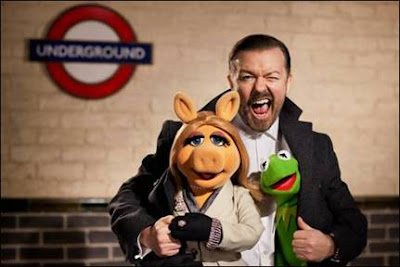 Bret McKenzie, who won an Oscar® for best original song for “Man or Muppet,” returns to the Muppets stage as music supervisor. McKenzie created, co-wrote, executive produced and starred in the hit HBO television series “Flight of the Conchords,”
Ricky Gervais is the creator of “Derek” and the Golden Globe®- and Emmy®-winning series “The Office” and “Extras.”
Ty Burrell is an Emmy® Award winner for his role in TV’s “Modern Family.”
Tina Fey is a Golden Globe®-, Emmy®- and SAG Award®-winning actress and writer Tina Fey (“30 Rock,” “Mean Girls,” “Date Night”).
Keep in Touch with The Muppets in their Social Circles:
The Muppets on Facebook: https://www.facebook.com/Muppets
Miss Piggy on Twitter: @RealMissPiggy

Disclosure: Information and images provided by Walt Disney Motion Pictures. The comments and views are my own.