Are you a fan of NCIS Los Angeles? You'd better enter to win The Original Soundtrack CD for your chance to sing along

NCIS Los Angeles earns a spot on my television line up viewing. I wouldn't call myself an avid TV viewer, but there are a few shows I like to clear the deck for, this is one of them. Why?  Chris O’Donnell, he is Irish, a good family man, and have been a fan of his since he played Robin in Bateman. LL COOL J and he are an awesome team to watch along with the rest of the cast. And how about that cute, but power packed Hetty!

Have you ever watched a show without the volume, as in hit the mute button? It's not as exciting without the music. Right. I'll admit, if I am watching a really scary show, I turn the sound off, then it's not as scary. However for NCIS Los Angeles, I don't ever turn the sound down. It totally makes the show.

My favorite track on this CD is Never Die by Daughtry. I liked him on American Idol and glad to see him doing so well. This CD has a nice variety of artists and songs.  LL COOL J and  Ne-Yo perform "No More".  It's only fitting that LL Cool J has a song on his show, right! 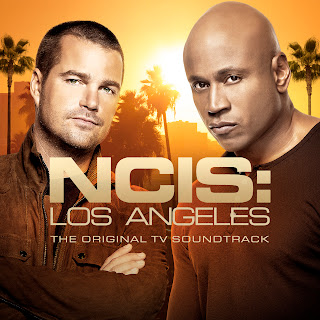 The CD is available in stores and online now! For more info go to http://www.ncislasoundtrack.com/


STREAM THE ENTIRE ALBUM ON ROLLING STONE
PRE-ORDER ON ITUNES
About NCIS: LOS ANGELES
The CBS hit series NCIS: LOS ANGELES stars LL COOL J and Chris O’Donnell, and focuses on a division of NCIS that is charged with apprehending dangerous and elusive criminals that pose a threat to the nation’s security. By assuming false identities and utilizing the most advanced technology, this team of highly trained agents goes deep undercover, putting their lives on the line in the field to bring down their targets, and protect their team. NCIS: LOS ANGELES is viewed by nearly 19 million people each week, making it the #2 scripted series on TV, averaging 18.6 million viewers each week, second only to the original NCIS. NCIS: LOS ANGELES airs on CBS Tuesdays, 9:00-10:00 PM, ET/PT. Shane Brennan, R. Scott Gemmill, John P. Kousakis serve as Executive Producers.


Closed/Giveaway:
Leave a comment on this post for your chance to win NCIS Los Angeles, The Original Soundtrack CD
One winner will be chosen.
Comments close April 29, 2013. open to residents of USA.
You may leave a separate comment for any shares as well.

Disclosure: I was provided with this CD for this review.
The comments and views are my own.
at April 22, 2013