Did you watch The Lone Ranger as a kid? Now you can watch the trailer for the upcoming movie!

Hold on to your seat because after watching this trailer, it looks like it is going to be full of adventure! Mark your calendar for July 2, 2013 when it opens in theaters. It's gonna be a great Summer film!!!
Native American warrior Tonto (Johnny Depp) and man of the law John Reid (Armie Hammer) are opposites brought together by fate and must join forces to battle greed and corruption. 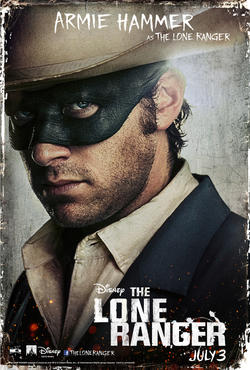 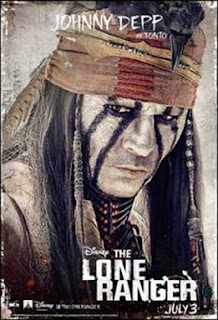 OFFICIAL BOILERPLATE:
From producer Jerry Bruckheimer and director Gore Verbinski, the filmmaking team behind the blockbuster “Pirates of the Caribbean” franchise, comes Disney/Jerry Bruckheimer Films’ “The Lone Ranger,” a thrilling adventure infused with action and humor, in which the famed masked hero is brought to life through new eyes. Native American warrior Tonto (Johnny Depp) recounts the untold tales that transformed John Reid (Armie Hammer), a man of the law, into a legend of justice—taking the audience on a runaway train of epic surprises and humorous friction as the two unlikely heroes must learn to work together and fight against greed and corruption.
“The Lone Ranger” also stars Tom Wilkinson, William Fichtner, Barry Pepper, James Badge Dale, Ruth Wilson and Helena Bonham Carter.
A Disney/Jerry Bruckheimer Films presentation, “The Lone Ranger” is directed by Gore Verbinski and produced by Jerry Bruckheimer and Gore Verbinski, with screen story by Ted Elliott & Terry Rossio and Justin Haythe and screenplay by Justin Haythe and Ted Elliott & Terry Rossio. “The Lone Ranger” releases in U.S. theaters on July 3, 2013.