On Monday night we took a sleigh ride (car) to the moving picture show for the screening of Disney's FROZEN. 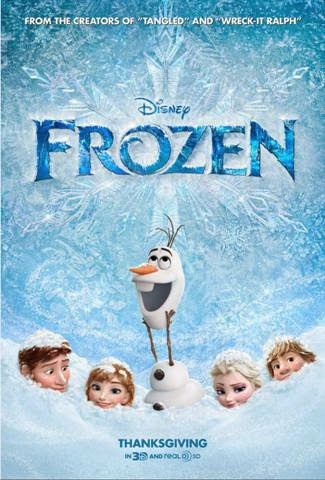 The movie is in 3D with snowflakes and icicles landing in your lap- you might want to leave your coat on for the run time. The characters will however, warm your heart enough to melt those snowflakes and icicles. The animation is spectacular. The setting is a lovely mountain town called Arendelle, it's got that old world charm, until it freezes.

There is joy, sadness, and love-true love in FROZEN. The sisters Anna an Elsa spend their childhood together until Elsa can not control her emotions and nearly kills her sister Anna by mistake. There are Kings and Queens, Prince and Princess, Kristoff,  Sven, Olaf, and a marshmallow. The marshmallow is a frozen bad character who tries to keep them all away from Elsa.

Anna and Kristoff team up with a sleigh and a reindeer named Sven to find Elsa after she leaves the kingdom of Arendelle.  Anna becomes gravely ill, meanwhile her prince tries to take the kingdom away from her. Maybe he is not her prince after all!!!

The ice and snow will make you want a hot cup of coca but it will  leave you with a happy warm heart to start your holiday season off with.

Two thumbs up for FROZEN! 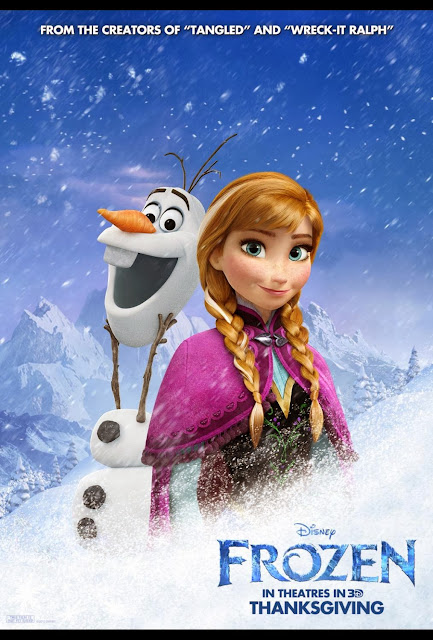 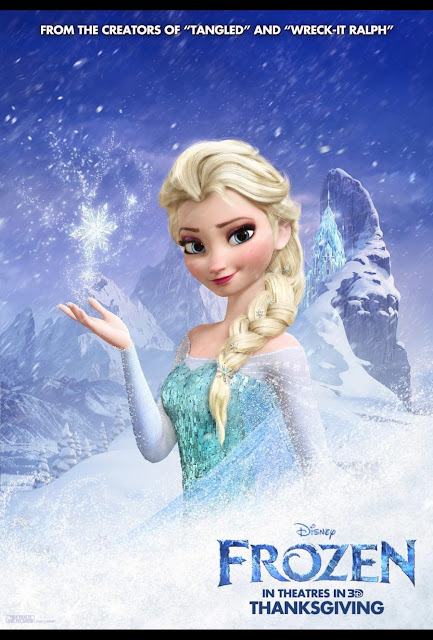 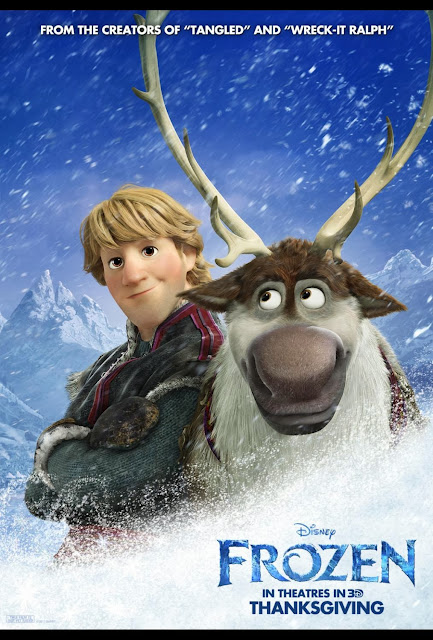 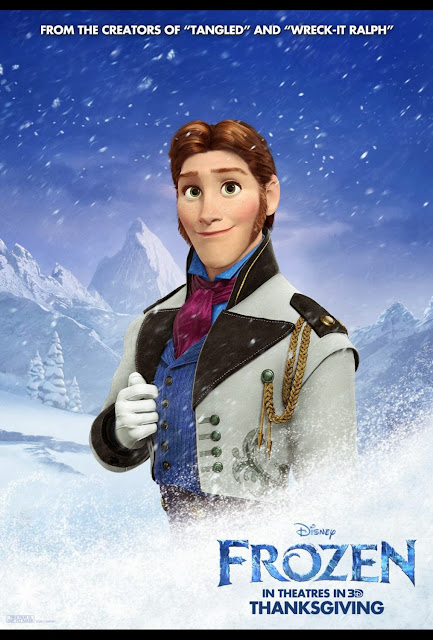 "Walt Disney Animation Studios, the studio behind “Tangled” and “Wreck-It Ralph,” presents “Frozen,” a stunning big-screen comedy adventure. Fearless optimist Anna (voice of Kristen Bell) sets off on an epic journey—teaming up with rugged mountain man Kristoff (voice of Jonathan Groff) and his loyal reindeer Sven—to find her sister Elsa (voice of Idina Menzel), whose icy powers have trapped the kingdom of Arendelle in eternal winter.
Encountering Everest-like conditions, mystical trolls and a hilarious snowman named Olaf (voice of Josh Gad), Anna and Kristoff battle the elements in a race to save the kingdom.
find out more here:
Disney.com/Frozen
Facebook: facebook.com/DisneyFrozen
Twitter: Twitter.com/DisneyAnimation.
Disclosure: I received admission to the screening of FROZEN for this review. The comments and views are my own.
at November 26, 2013