On April 5, 2014, Olivia Holt, performer of BEARS anthem “Carry On” and Star of Disney Channel’s “I Didn’t Do It,” hosted a special screening of Disneynature’s BEARS on the Walt Disney Studios.

Those attending were asked to bring a plush bear to donate to Children's Hospital in Los Angels: 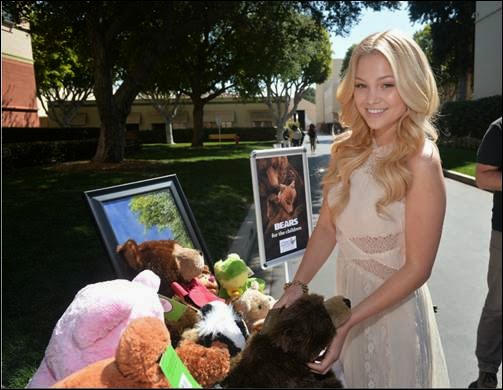 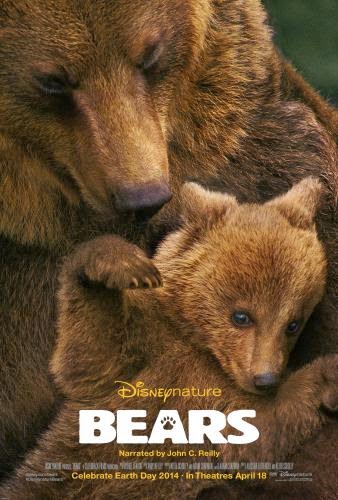 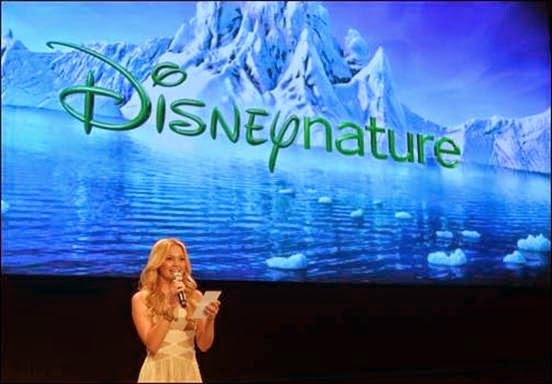 As the season changes from spring to summer, the brown bears must work hard to find food—ultimately feasting at a plentiful salmon run—while staying safe from rival male bears and predators, including an ever-present wolf. “Bears” captures the fast-moving action and suspense of life in one of the planet’s last great wildernesses—Alaska!  Directed by Alastair Fothergill (“Earth,” “African Cats” and “Chimpanzee”) and Keith Scholey (“African Cats”), and narrated by John C. Reilly, “Bears” arrives in theaters April 18, 2014, to celebrate Earth Day.