Did you know that SGT. STUBBY is the most decorated war dog in history?
A dog, A war, how did I miss this great story?

This film is based on a true story, the story of Sargent Stubby and how this little dog went from a street dog to being taken in by Private First Class Robert Conroy of the 102nd Infantry Regiment, 26th “Yankee” Division of World War 1. 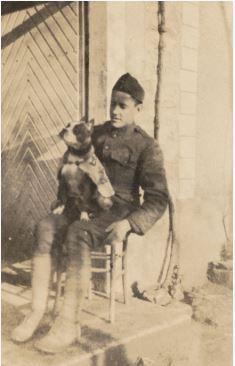 In France, Stubby saw frontline action in four offensives and 17 battles. He found wounded soldiers, saved an entire company by alerting the men to don gas masks and even caught a German spy.

After the recapture of Château-Thierry, the women of the town made him an embroidered jacket that would serve as Stubby’s uniform and display his numerous awards throughout the rest of his career.

Find loads of history, images,activity sheets, and printables to go along with the film and education resources over on Stubbymovie.com.

Enter the Rafflecopter widget for your chance to win a prize pack. Must be 18 years of age or older to enter and win. Open to residents of the contiguous USA. 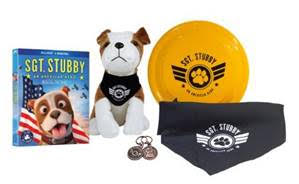 Giveaway is over. Congratulations to Dan D. who is the random winner.


Disclosure: I was received a copy of SGT. STUBBY DVD for this post. The comments and views are my own.
at December 10, 2018