DUMBO COMES TO THE BIG SCREEN MARCH 29, 2019. SEE DUMBO UNDER THE BIG TOP THIS WEEKEND.

All the magic and thrills of the show under the big top tent are coming to the theater on Friday March 29, 2019 in Disney's DUMBO. Wild animals are trained to do spectacular tricks and leaps through the air. Super tall clowns walk around the ring while juggling colorful balls, then there is the talented people high up at the top of the ten walking on thin wires, hanging upside down, and amazing all of us that are watching. The film looks truly amazing with all the old fashioned glory of the circus and awe of the families watching the performances. 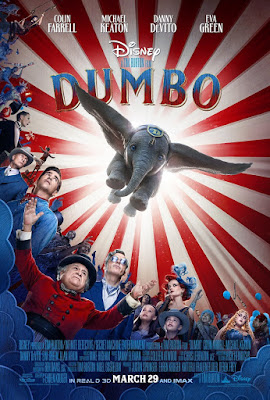 If I were a member of the circus, I think I'd like to be, hmm, let me think about this a minute. I'm probably not going to sign up for the trapeze artists, or riding an animal while performing acts, maybe I'd go for the animal trainer. And I'm only basing that on the fact that we have a cat. A house cat. I feel pretty connected to that cat. Lion Tamer is a bit more than being a domestic cat parent, but it's the circus job I'd pick. How about you? 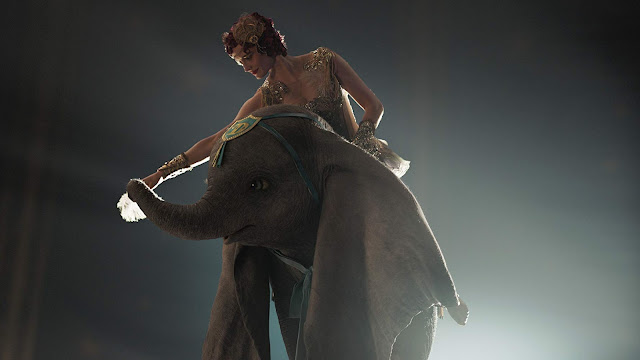 Well, there is a little, as in small elephant in the circus that just isn't quite getting the hang of the circus life...until someone realizes his big floppy ears give him the ability to fly. Yep, fly. A flying elephant. A cute flying elephant. That would be DUMBO.

see for yourself in this official trailer and visit DUMBO where you can see lots more scenes form the film, the amazing colors, actors, and DREAMLAND.


About The Movie (Synopsis)

From Disney and visionary director Tim Burton, “Dumbo” expands on the beloved classic story where differences are celebrated, family is cherished and dreams take flight.

But when they discover that Dumbo can fly, the circus makes an incredible comeback, attracting persuasive entrepreneur V.A. Vandevere (Michael Keaton), who recruits the peculiar pachyderm for his newest, larger-than-life entertainment venture,

Dreamland. Dumbo soars to new heights alongside a charming and spectacular aerial artist, Colette Marchant (Eva Green), until Holt learns that beneath its shiny veneer, Dreamland is full of dark secrets.

“Dumbo” soars into theaters on March 29. 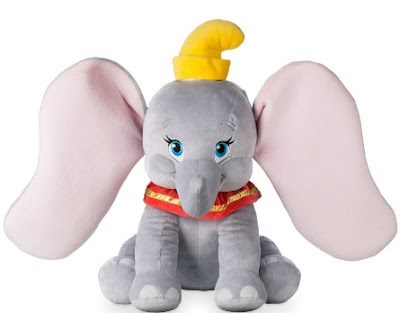 Disclosure: I was compensated for sharing the information about this film.
The comments and views are my own.
at March 27, 2019