We have a bin of Lego® Duplo® in our basement. I'm hoarding it. My daughter has outgrown the playful bricks and animals of safari, farm, and zoo-but I plan on keeping it, you know... for the memories,

She created tall towers of Duplo®, taller than her little self. She would put penguins, lions, and various Lego® Duplo ® animals on tiers of the towers. There were farm lands, oceans of sea creatures, a zoo with the cutest monkeys, giraffes, and elephants. Each set had the appropriate workers to take care of the animal habitats, the race car, and the keepers of civilization.

I never imagined  Lego characters would star in their own movie oh so many years ago... but they have and are back in LEGO® MOVIE 2: The Second Part. 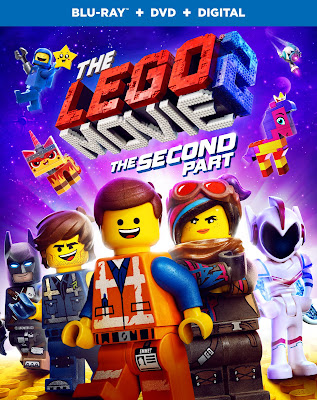 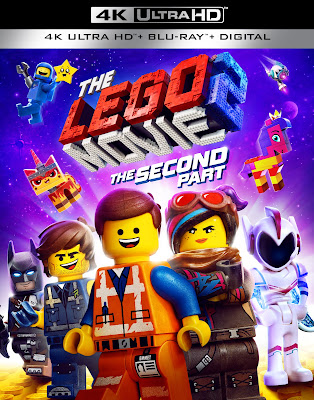 about the film:
It’s been five years since everything was awesome and the citizens are now facing a huge new threat: LEGO DUPLO® invaders from outer space, wrecking everything faster than it can be rebuilt. The battle to defeat the invaders and restore harmony to the LEGO universe will take Emmet (Chris Pratt), Lucy (Elizabeth Banks), Batman (Will Arnett) and their friends to faraway, unexplored worlds, including a galaxy filled with fantastic planets, strange characters and catchy new songs. It will test their courage, creativity and Master Building skills, and reveal just how special they really are. 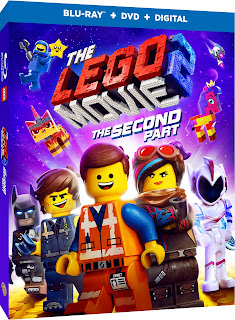 this giveaway has ended-
Enter this giveaway for your chance to win
THE LEGO MOVIE 2: THE SECOND PART DVD
and the winner is: Deb B. congratulations!!!

Disclosure: I was compensated for this post. The comments and views are my own. #ad
at April 22, 2019