Enter for your chance to win the DVD!

Purchase a copy for your family and for gift giving.

Make up a movie night gift basket for holiday gifts.

Tuck a copy into your kids Trick or Treat bag, stocking, or under the Christmas Tree.

Watch as Lebron James is transformed into a digital world after he was trying to convince his son to be interested in basketball, you know follow his footsteps. After trying to work on a plan for both of them to be happy with their career paths, His son is captured by Rouge A.I. when he went out the wrong door as he was walking away from his father.

But now, the son isn't playing basketball anyway, it's the dad. In order to get his son back, he must win the game. The Tune Squad VS The Goon Squad are on the court. See Bugs Bunny, Lola Bunny, and the squad team up with Lebron to play their most important game yet. Tune into see what the New Legacy is.

Check out the official trailer over on Space Jam: A New Legacy official web site, or easier yet, just watch it here:

This transformational journey is a manic mashup of two worlds that reveals just how far some parents will go to connect with their kids.

When LeBron and his young son Dom are trapped in a digital space by a rogue A.I., LeBron must get them home safe by leading Bugs, Lola Bunny and the whole gang of notoriously undisciplined Looney Tunes to victory over the A.I.’s digitized champions on the court: a powered-up roster of professional basketball stars as you’ve never seen them before.

It’s Tunes versus Goons in the highest-stakes challenge of his life, that will redefine LeBron’s bond with his son and shine a light on the power of being yourself.

The ready-for-action Tunes destroy convention, supercharge their unique talents and surprise even “King” James by playing the game their own way. 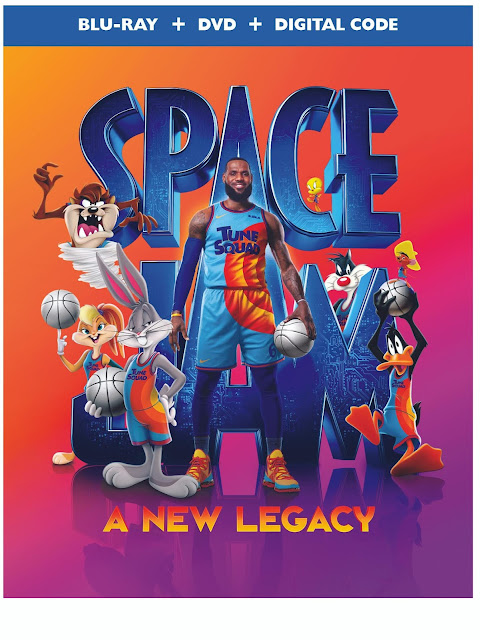 closed:the winner is Sarah. thanks for enteringeverybody.
Giveaway: Enter the rafflecopter widget for your chance to win SPACE JAM: A NEW LEGACY disc. One winner will be randomly chosen. Giveaway closes October 7, 2021. click the link if the widget doesn't appear.